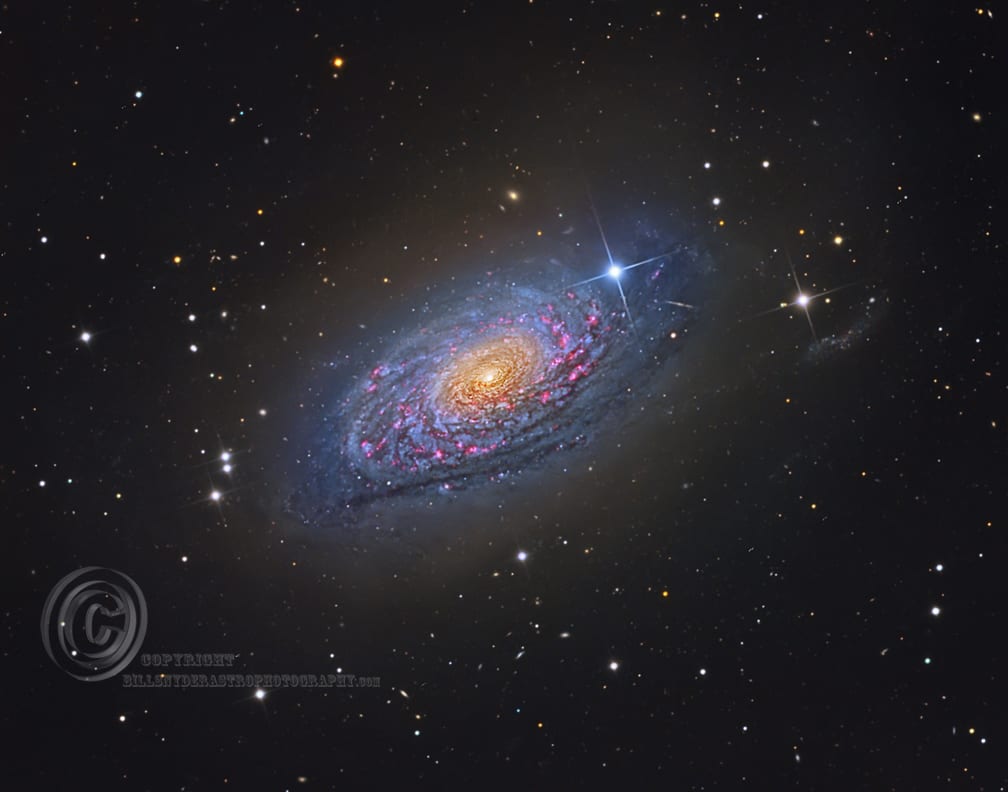 Bill Snyder been fascinated by astronomy and space since he was very young and astrophotography is his way of sharing his interest of the universe with others. The images that he produces are derived from photons of light that have traveled millions of years from distant worlds before being captured by his telescope and CCD camera. This technical art, involving science and artistic creativity, produces imagery of objects which are larger and more distant than most of us can even imagine.
Bill Snyder says, “I believe this is a way to reveal the wonders of the universe and the sense that we are only a small part of a grand design. Our ability to explore this new world is only just beginning. I have been producing astrophotography for the last 10 years which has resulted in many of my images being published in magazines, books, movies,museum exhibits and websites (including NASA) around the world. I was honored to have been selected by the Royal Observatory of Greenwich England to receive the Astronomy Photographer of the Year award in 2014. This is art that brings a new perspective to our relationship with the Universe.”
You can see Bill Snyder’s gorgeous Astrophotography collection at Pittsburgh Earth Day’s 3rd Annual Ecolution Fashion Show at the Fairmont Hotel on Thursday, April 20th. Commenting on his involvement in Pittsburgh Earth Day this year Snyder said, “I am really looking forward to attending the Ecolution Fashion Show and excited to be part of this Earth Day event.”
Peruse Bill’s work here!
content_admin2017-04-07T15:34:52-04:00April 7th, 2017|news|0 Comments