“In the forefront of green inventiveness and leadership, Pittsburgh is an astounding display of innovation, design and the arts – this city’s transformation is a resounding success.” – Forbes Magazine

Pittsburgh Earth Day is a citywide celebration of advancements made in sustainability, technology, and innovation where people live, work, and play. Beginning in 2021, we will be spreading a mix of virtual and on-site events throughout the year, we live our motto, Earth Day, Every Day! 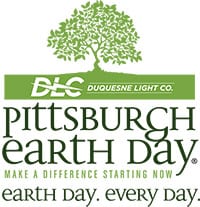 Pittsburgh Earth Day’s mission is to celebrate, educate, promote, and inspire action around issues of sustainability, environmentalism, and conservation. Our vision is to create unique, educational, transformational events, and opportunities that celebrate sustainability in the region. We also seek to encourage changed habits that better support a healthy planet. We plan to grow the offerings of Pittsburgh Earth Day to be on-going, to truly live our motto of Earth Day, Every Day.

Pittsburgh Earth Day is currently forming it’s inaugural Board of Directors and looks forward to making an announcement in the near future.

Back in the early 1980s, when Pittsburgh lost 120,000 jobs from the steel industry in a very short period of time, the region faced a crisis. Businesses, civic leaders, and residents had no choice but to go through an intense period of hardship and self-reflection.

This dark period had a silver lining; it brought people together and spurred creative thinking and resiliency. Pittsburghers rolled up their sleeves and set out on a new course. Over the last three decades, the region’s economic transformation and growth have been nothing short of jaw-dropping. And the change has been recognized internationally.

The zenith of this recognition may have come in 2009 when Pittsburgh’s transformation was acknowledged by President Barack Obama. The President picked Pittsburgh as the host city of the Group of 20 Summit. He declared that the city was fully part of a new global, ecological economy. In June of that year, the world turned its eyes on the world’s leaders deliberating in a city rebuilding with muscles and brains.

Recognition continues from the nation’s most respected media and institutions. Researchers from Harvard, writers from Forbes, editors from The Atlantic, and others praise Pittsburgh as a top city in America to live, work, and play. What was once described by James Parton as “Hell with the lid off!” is now described as “most livable,” “most resilient,” and “positioned well to deal with today’s environmental challenges.”

For those who live here, the signs of a healthy economy and improving the environment are all around. Greater Pittsburgh:

Five years ago, Pittsburgh was ranked the fifth Most Resilient City in the World, beating out cities like Stockholm. The London-based Grosvenor Group acknowledged the region’s moxie developed from the collapse of the steel industry and how it forged a community ready to deal with adversity. If Pittsburgh can bounce back from a major decline in manufacturing, it is poised to deal with other crises including those posed by climate change.

Earth Day  is a commitment to economic growth and sustainability join hands. Celebrations are planned around the world. Can anyone think of a better place to be than in Pittsburgh?

In 1969, Earth Day founder Gaylord Nelson, then a U.S. Senator from Wisconsin, proposed the first nationwide Earth Day to help put environmental issues onto the national agenda. A year later, on April 22, 1970, the first Earth Day was celebrated throughout the country.  An estimated 20 million Americans participated in events calling for a healthy, sustainable environment. Earth Day is now celebrated each year on April 22nd and held worldwide, demonstrating global support for environmental protection.

Throughout the years, area residents have celebrated Earth Day in the towns and municipalities they call home. From the Pittsburgh Zoo to Ellwood City to Mt. Lebanon, dedicated citizens have worked to promote what is healthier and more sustainable about the community they love. Earth Day has been powered by Pittsburghers, going back to the early 1970s.

On Friday, August 14th we are kicking off a multiple-days event with the objective to grow the celebration with year-round programming. Earth Day 2020 features events such as the Ecolution Fashion Show, Business Breakfast, Great Lakes Sustainable Bar Crawl and Earth to Table. We will also have exhibitors, pop-up markets, speakers, music, food, and much more. We want to make it a recognized event for future years similar to the Three Rivers Arts Festival, Pittsburgh Marathon, and Light Up Night.

We invite you to make history and be a part of this inclusive Earth Day. Help move us all toward a cleaner, healthier, and more sustainable Pittsburgh.

Acrobatique Creative, Ltd. is authorized license-holder by the City of Pittsburgh for Pittsburgh Earth Day™ for events occurring in August 2020, and is owner of a variety of brands related to the event. If you are a vendor and you are interested in manufacturing, selling or otherwise distributing Officially Licensed Pittsburgh Earth Day™ merchandise using any of the Official Pittsburgh Earth Day Brands, please complete the form below to obtain licensing fees and quality-control information.  Any obligations to Acrobatique regarding permissions to use brands are in addition to any other vendor licenses or other obligations that vendors may have, such as to the City of Pittsburgh for vendor solicitation licenses.